Read more »
Posted by mymoviewpicks at 4:40 PM No comments:

Read more »
Posted by mymoviewpicks at 9:06 AM No comments:

Rape is something "God intended."

One often wonders how supposedly educated people ccan make such stupid statements. Yet when religion comes to play, they do. "Rape is something "God intended" is just the latest in an on-going deluge of stupidity spewed from government leaders,and why neither men nor politicians should have any say of a woman's body.

Read more »
Posted by mymoviewpicks at 1:11 AM No comments:

The Mitt Romney and President Obama debate October 22, 2012 is over, but clearly people had opinions first, then looked for information to support those opinions to convince themselves that they were right all along. How else could anyone possibly contend that Mitt Romney won that last presidential debate on foreign policy against President Obama?

This guy is so clearly biased against president Obama that he saw the debate not as it was, but as he intended it should be.

The way it actually was is that in this third presidential debate Governor Romney spent most of the night spewing his pre-rehearsed catch phrases, even when they weren't germane to the question asked.

Moreover, the rest of the time he simply repeated -- as though they were his own ideas -- the policies that the Obama administration is already engaged in; he didn't offer any original thoughts to the discussion, he just thought he could do it better, faster.

The only original statement he did make was to assert that attacks by the President of him wasn't helping the American people. This coming from a  guy who has been condescending and attacking the president's positions and statements all year? How is that O.K.? Is it do as a say, not as I do? Doesn't this tell us something about the man?

After a year in which Governor Romney bashes the President for every plight we as a nation face, most of which we inherited from the Bush administration, his backers get their feathers all ruffled because the president pointed out, and rightfully so, that “I know you haven’t been in a position to actually execute foreign policy.” he went on to point out that Governor Romney has “been all over the map” on his foreign policy positions, and been wrong most -- if not all -- of the time.

That is not a mean statement, it's an accurate one: Romney has not executed foreign policy, and should be held accountable for his previous positions that if president would impact the country.

The "he's not playing fair" attitude from the Romney loyalists is a bit ridiculous: in the first debate Romney condescendingly compared the president of the United States to his son -- that telling a lie over and over doesn't make it true. And as the campaign wears on it is Romney that time and time again is caught lying.  he even tried to take credit for policies as Governor of Massachusetts that were put in place ten years before he arrived.

The reality is that Obama’s policies didn't "create" our deficit as the republicans would have us believe. Bush came in with a surplus and left with a deficit caused by two wars he shouldn't have dragged us into; tax cuts; and  the deregulated folly that allowed Wall Street to steal trillions of dollars from the American people.  To divert our attention from those realities, Governor Romney wants us to focus on "how bad things are" and lay the blame elsewhere.

Are we as a nation really that short-sighted that we forgot what happened during the eight years before Obama? Do we forget how even our allies distanced themselves from us during those Bush years?  And during this last four years to top it off, the Tea Party has hijacked the republican party and brought Washington to a jolting halt with temper tantrums that have severely injured the country as a whole.

It doesn't matter whether you’re a republican or democrat, independent or green.  The President has to be a visionary with policies that are well thought-out and executed for their time and place in history.  And as a voter you have to be able to move past the party rhetoric to choose the best man for the job based on that vision.

If that's Romney, then vote for him; if it's Obama then vote for him. But only do so after doing YOUR HOMEWORK. yes, YOUR HOMEWORK, because it's your country. Don't look for fodder to support your opinion and regurgitate media sound-bites, DO THE HOMEWORK first, then form the opinions based on that research.

I may sound like a dem, but in truth I was a rep for decades and have a 4x3’ plaque from the republican party signed by President Reagan to prove it.  And if I thought Mitt were the best man for the job I'd vote for him.

Yet all I've heard from this candidate is how things are bad, remember the good ole days, it's all the presidents fault and vote for me and I'll make it all better -- he's long on chatter, short on substance.
This is perhaps the most important election in my lifetime, and if Mitt Romney wants to take the reigns, the american people should demand a clear and concise plan of what he plans to do and how he plans to do it, rather than a mere statement that “I know what it takes to get this country going again.”

To date he hasn't produced anything near a plan; he has presented a set of loosely stated concepts that have been torn apart by experts, and kept the country from noticing by pounding the theme of how bad things are and that it's all the president's fault.  Bush got us into our dilemma over eight years, yet Obama is expected to get us out of it in four.  It just seems extremely short-sighted to me.

Those that lead do so with original ideas, and Mitt just hasn't shown any of substance.  “I've been a successful businessman and know how to get America moving” just isn't enough for my vote. How about yours?

Posted by mymoviewpicks at 3:06 AM No comments:

What does it say about a society when a thirteen year old child is capable of sexually abusing another child, and then murdering yet another?  Moreover, both victims were the perpetrators younger brothers.  Florida was rocked when Christian, an abused child, beat his 2-year brother to death; and also sexually abused  his 5-year old brother. I spoke with …
Read more »
Posted by mymoviewpicks at 10:20 AM No comments:

Its been an interesting election year, with the candidates gaining momentum, then losing it, only to regain it.
Presidential candidate Mitt Romney seemed to get a surge in his surprise performance in the recent debate against president Obama, following up on his year-long relentless pounding on the president for a lagging economy and high unemployment. It is a game-changer?

Read more »
Posted by mymoviewpicks at 10:43 AM No comments:

Should We Capitalize on the Death of Bin Ladin? 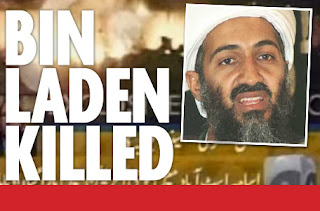 Osama Bin Ladin was an enemy of the U.S.A., not because he had a different  ideology, but because he was willing to use force against U.S. citizens to make his point.  But ...

Read more »
Posted by mymoviewpicks at 9:12 AM No comments: